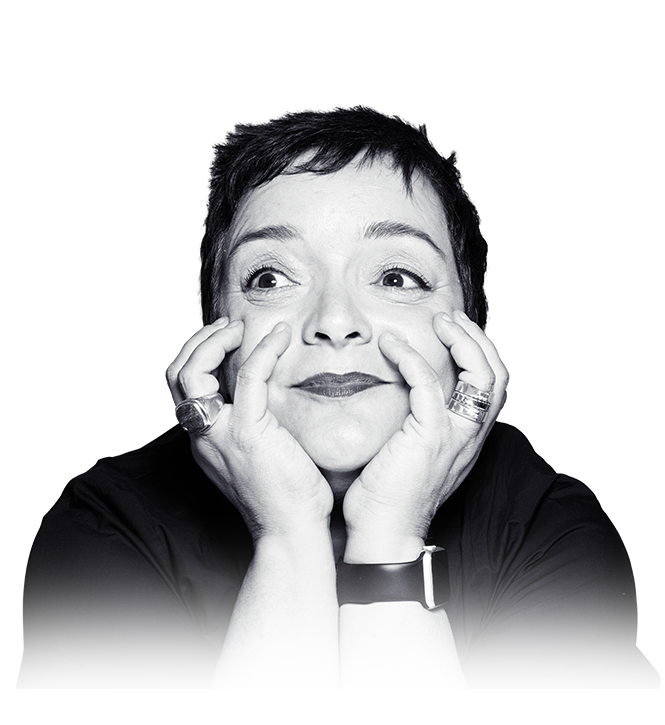 Vicki is a rare breed – a world class creative, a woman leading the charge and a force for modernising our industry.

From her disastrous career in fashion, sacked by the likes of French Connection and Vivienne Westwood, she discovered a love for copy when Paul Smith told her to stop trying to draw and write her ideas down instead. She’s worked on campaigns for some of the best agencies in the world – including Wieden + Kennedy, Mojo and Amsterdam International.

Her ‘Staying Alive’ film for the British Heart Foundation starring Vinnie Jones has collected more than 45 major awards, but more importantly it’s saved more than 50 lives (and counting). The Angina Monologues, also for the BHF, earned Vicki a coveted British Comedy Award. She also worked on the multi-award-winning campaigns for Vodafone and M&S and, most recently she oversaw the creative team behind the UN’s People Seat campaign with Sir David Attenborough.

In 2016, she became the chair of the Creative Circle Awards, becoming the first woman ever to hold that position.

As Havas London’s Chief Creative Officer she’s part of a very small group of women in senior creative roles and is an advocate for equality within the industry.