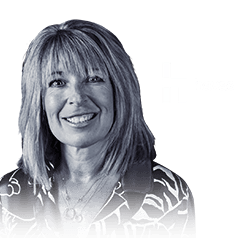 Tracey started her career with Lowe Howard Spink in the halcyon advertising days of the 1990s, where she was part of an agency who delivered award-winning work for clients such as Tesco, Stella Artois, and News International.

She moved client-side to Lloyds TSB before having a number of years running her own consultancy, working for numerous intermediaries and agencies advising on client/agency relationships and new business best practice. She then moved back into the agency world, joining Havas helia and taking them to Agency of the Year, before joining Publicis and working with Kitcatt Nohr and Digitas LBI.

Tracey joined Havas as Creative Group CMO in September 2015 before being promoted to Europe and UK Group CMO – a role in which she oversaw new business and marketing for Havas’ media and creative agencies in the UK and across Europe. She was promoted to Global CMO for Havas Creative Group in April 2019. She and her team have won Campaign’s Business Development Team of the Year for the last two years.