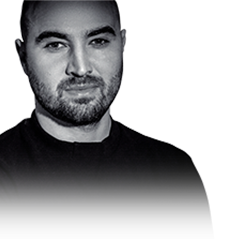 Sabin Dima has been a technology entrepreneur since he was 16, when he developed the first social platform in Jordan. At the age of 21, he set up one of the first investment funds in the technology area in Romania, together with two other partners. Subsequently, he continued to found and invest in technology companies, developing dozens of applications and building, among other things, a start-up that offers marketing solutions for shopping centers. Sabin has 360˚ experience in the technology area, having both the perspective of an investor, through an investment fund, and of the co-founder of start-ups, as well as from the perspective of outsourcing. Humans is a deep tech start-up that he launched in 2019, together with a team with which he has been working for over 5 years in various projects. Humans develops an innovative technology through the unique way of generating synthetic representations of a person's identity by manipulating one’s voice, image and gestures, also known as digital DNA, synthetic or algorithmically generated media.