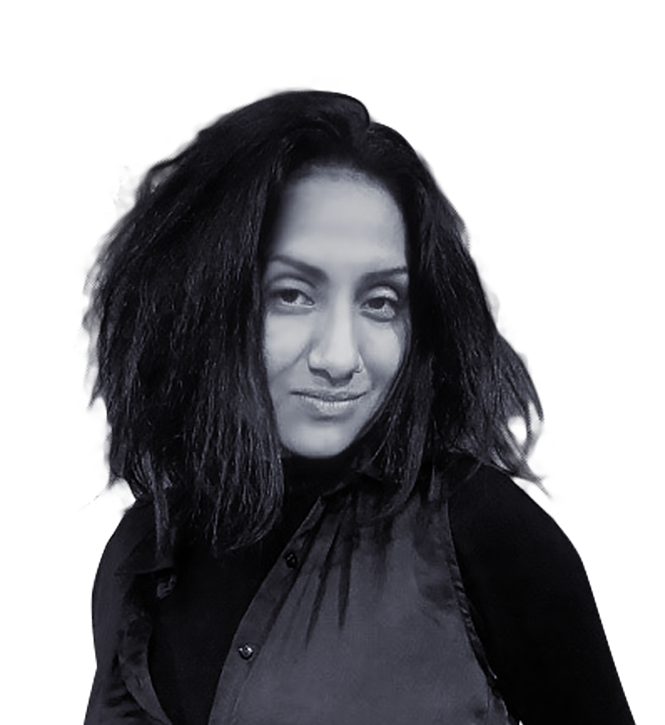 Despite being one of the most dynamic and ground breaking visual artists of Bangladesh in recent decades, Preema has a strong cultural influence on the community. Her artworks have innovative approach, distinct technique and lyrical overtones with unbeatable boldness. Her sumptuous illustrations demonstrate the virtuosity of blending tradition into contemporary media. She is a thinker through Bangladesh art. Hence knowing the philosophical contexts is very important in understanding her work. Nazia Andaleeb Preema believes that art is not mere aesthetics, rather it can be transferred into social movements. Her art turned into a movement for women empowerment in Bangladesh when she launched WIL (Women in Leadership) in 2014. Women in Leadership is a platform to mentor, educate and inspire women for their ownership and visibility.

She has participated in a number of competitive art residency programs, workshops and has been awarded major international grants to pursue her work throughout her career since 1999. In 2019, Nazia Andaleeb Preema represented Bangladesh Pavilion at 58th Venice Biennale. This year her 22nd solo exhibition titled ‘PREEMA DONNA’ was held from 2nd February to 15th February 2020. The exhibition was a retrospective of her artwork, from painting to performance.
Preema, the widely traveled and exhibited artist, has also received recognitions both domestically and internationally for her creative endeavor. Along with 20 solo expositions in Bangladesh, India, Sri Lanka, Thailand, Japan, USA, UK, Turkey, Morocco, Uzbekistan, she has also enriched her career by participating in the Asian Art Biennale, Fukuoka Museum Residency, Tashkent Biennale, Istanbul Biennial, Venice International Art Expo (2010, 2012, 2014) and in prestigious art fairs like, Art Basel Miami, Tuyup Art Fair/Istanbul, Dubai Art Festival, Dhaka Art Summit, Delhi International Art Festival. Her curatorial projects include several large-scale international expositions (USA, UK, France) featuring art of Bangladesh in global platforms.
Preema is an accomplished vocalist. She is passionate about branding through creativity. She is also the founder of Bangladesh Creative Forum, an initiative for creative leadership. Preema is an acclaimed speaker at educational institutions and electronic media of the country. Her courageous performances have been censored and appreciated at home and abroad. She resides and works in Dhaka, Bangladesh.