Creativity4Better. Back to Human Touch in Communication. Kasia Madera 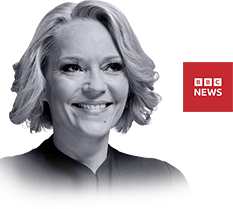 Kasia Madera is presenter on BBC World News. She is a regular host on a number of flagship programmes, including Outside Source and Newsday.

Having spent over 20 years in broadcasting, Kasia has extensive experience in covering breaking news and has been a regular on-air presence throughout the Covid-19 lockdowns and more recently with her reporting from Medyka, on the the Polish-Ukrainian border, where she spoke to refugees and volunteers live on-air.

Her Polish heritage means that Kasia has a strong following among the global Polish diaspora and she has previously reported for the BBC on the 2007 and 2015 Polish parliamentary elections, the 2014 European elections and the 2010 Polish Air Force Tu-154 crash in Russia. Kasia has a broadcast journalism postgraduate diploma at City, University of London and has hosted this IAA Conference for a number of years.