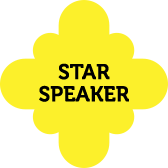 At 25, he is a Doctor in Pharmacy. For this bursting personality, this is a wrong path. He changes directions and achieves the first world tour of a French car. And then a book « La Terre en rond » is his first success ; 150,000 copies sold.

At 30, after spending two years with Paris Match, he is hired at France Soir by Pierre Lazareff. He will stay with France Soir for another two year, before becoming at TV producer at ORTF.

At 35, he becomes business partner with Bernard Roux. And thus Roux Seguela is founded. The first ad of the agency depicts President Pompidou blocking a Mercury engine. Result : fantastic jump-start for the agency. Successively, Alain Cayzac and then Jean-Michel Goudard will join the first two partners.
At 40, this is the explosion : the launch of the Carrefour private labels, considered at the time by the public as the best ads of the last 30 years. This launch will be followed by the creation and launch of Louis Vuitton, Le Printemps, Afflelou and many others.

At 45, his first book about his career gets published « Do not tell my mother that I am working in advertising, she thinks I am a pianist in a brothel ». This book is an autobiography but also a love-story of advertising.
The campaigns keep pouring out, as well as the success and accolades : Citroen and its Wild Stallions, Dunlop and its famous love-torture-test, Carte Noire, Woolite and its stars. The next year, through the slogan « Force Tranquille », the tag line which has become the symbol of Francois Mitterand, Jacques Seguela makes advertising part of the French history.

At 50, the book « Fils de pub » is now translated in 10 languages, including Turkish, Russian and Chinese. His creative campaigns double : Club Med, Air France, Apple and Microsoft for their first European campaigns.