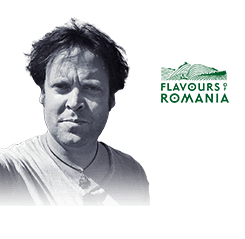 Travel writer and presenter Charlie Ottley was born on July 17th 1971 and grew up in the village of Tichborne, Hampshire. After studying Theology at Bristol University and hitchhiking across Europe and Australia, Charlie spent two and a half years in sales and marketing before leaving his post as the youngest exhibition manager at BBC Haymarket Exhibitions to become a journalist.

In 1996, following a year as News and Features writer with Emap’s Retail Jeweller, Charlie became a news-feed editor for World Entertainment News Network and within 6 weeks was promoted to Hollywood Correspondent working from Los Angeles. A year later he returned to the UK to be a full time poet and columnist, becoming resident bard for the BBC with regular appearances on Five Live, The Today Programme, Saturday Live and The Daily Politics as well as writing commisions for ITV, Channel 4 and World Online. His two volumes of comic verse were published in 2009 and 2015 receiving rave reviews from titles including The Independent on Sunday, Daily Mail, Spectator, Country Life, The Sunday Express, John Julius Norwich, Quentin Letts and LBC (Sue Perkins).

In 2000 Charlie moved into television; writing, presenting and coproducing a 13-part series based on his hit “Weekender” column for the Daily Express. The success of Weekender TV, broadcast on The Travel Channel led to a new series a year later based on food and travel, called Flavours Of Chile. Over the next twelve years this became a flagship show for Travel Channel with six-part seasons of Flavours Of on countries across the world including Peru, Spain, Chile, Mexico, Scotland, South Africa, Columbia and Greece.

In 2011 Charlie discovered Romania, creating Wild Carpathia for Travel Channel – a groundbreaking series of conservation and travel documentaries with the help of public figures including HRH The Prince of Wales, HRH Princess Margarita, Grigore Lese, Horia Tecau, Ivan Patzaichin and many others. The series, which has been broadcast around the world in 110 countries and translated into 11 languages is focussed on protecting and preserving the pristine forests and historic landscapes of Romania and promoting eco-tourism iniatives. He was awarded the Cross of The Royal House of Romania for Wild Carpathia and Best Promotion For Romania Abroad from the Romania Insider Awards as well as Best Initiative in Journalism and Marketing from the Romania Top Hotel Awards.

In 2017 Charlie created a nine part series called Flavours Of Romania which he wrote, presented, produced and directed for Romanian National Television. Since its premiere on TVR the series has also aired on Digi 24, Digi World, Digi Life, TVR International and KanalD. Last month it comenced screening on Netflix Romania and has been in the top ten ever since including almost a week at number one. The same year Charlie also presented episode 4 of Wild Carpathia, (the result of the largest crowd-funding campaign in the history of Romania) to 193 member state representatives and 400 VIPs at the United Nations Headquarters in New York.

In 2019 he completed producing the final episode of Wild Carpathia titled White Carpathia, which offers a unique portrait of Romania through the winter months. It premiered on National Romania Day on Digi24 and subsequently aired repeatedly on Digi World, Digi Life and TVR. White Carpathia was awarded Best Documentary 2020 at the Alpin Film Festival in Brasov.

In February 2020 Charlie received a special Tourism Award from the Ministry of Economics, Energy and Business for promoting Romania.

In April 2020 Charlie started a succesful fundraising campaign to raise 45 thousand euros to promote Romania on BBC World News. The campaign reached its target in less than three weeks and the subsequent four short films written, edited and narrated by Charlie appeared across Europe, The Middle East and America throughout the month of June. An independent survey performed on behalf of the BBC proved the campaign to be unqualified success with an uptake of 91 percent of viewers expressing interest in visiting Romania and recommending it to their friends.

In June 2020 Charlie produced and wrote a five minute documentary with HRH Prince Charles to encourage domestic tourism in Romania following the opening up of Romania post Covid.

In July 2020 Charlie worked with Brasov City and County Councils to create four further films to promote Brasov and Transylvania again on BBC World News. This new campaign began in August and ran every day across Europe, America and the Middle East for three months until the end of October.

In September 2020 Charlie was made honourary citizen of Brasov by former mayor George Scripcaru. He is also a Lifetime Ambassador for Via Transilvanica and has worked closely with a number of other charities including FCC, ADEPT, MET, Architects Ambulance and Tasuleasa Social.

Earlier this Charlie received THE ORDER OF ROMANIA, status of Knighthood for Cultural Services from President Klaus Iohannes.

He remains a freelance journalist and contributor for The Dail Mail, Food and Travel Magazine, The Express, the BBC and many other media titles. He has given two TED talks on conservation in Romania and has also brought numerous journalists to Romania to originate travel and conservation stories as well as writing articles of his own such as a fourpage feature on Transylvania for Vanity Fair.