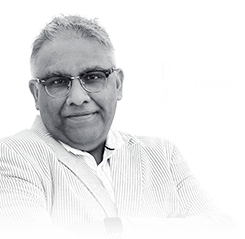 His work has made him one of the most awarded Indian creatives, a multiple winner of the Copywriter of the year accolade and Campaign Magazine’s 2011 Creative Person of the year for South Asia. Prior to his time at Havas, Bobby did a stint as the Chief Creative Officer of JWT India and he had a long run at DDB Mudra, at both places he was responsible for turning around the creative fortunes of the agency.